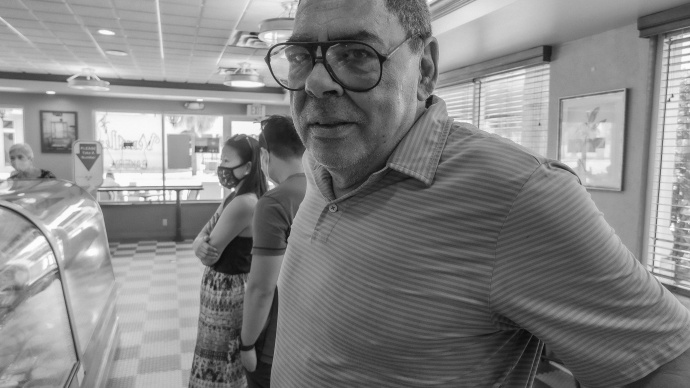 MSA-eXperimental is proud to present César Beltrán, and his amazing life, and candide interview, thank you César Beltrán.

César Beltrán, born in Havana in 1960 lives in Phoenix, Arizona. He attended the San Alejandro Academy of Arts and the Higher Institute of Art where he majored in painting and graduated in 1978 and 1983, respectively.

Asked about his obsessions, he answered: “I was always very related to design, posters, front pages, logotypes and I grew inside the communist system, tirelessly practicing the repetitive formulas of totalitarian propaganda, which exhausts those elements. I incorporated those formulas when I finally had what to say and could say it. They have helped me conform a certain style and discourse in spite of the danger of such trite and exhaustive recurrence. Keeping the irony in the treatment of those codes, has helped me, I believe.” On his last solo exhibition, Unwelcome (2012), we read: “In these past years, Beltrán —graphic designer and painter—, has developed an extensive work, which is critical and cynical in its analysis, with an ironic sense of humor through ambiguity and hybrid forms. (…) By means of mocking alterations of logos that identify Cuban totalitarian organizations Beltrán speculates on a hypothetical Cuban future… The use of elements that remind us of prisons or gangs, graphic codes of a pseudo-Gothic typography or kitsch paraphernalia, they try to transmit the degradation which follows the future Cuban society.”