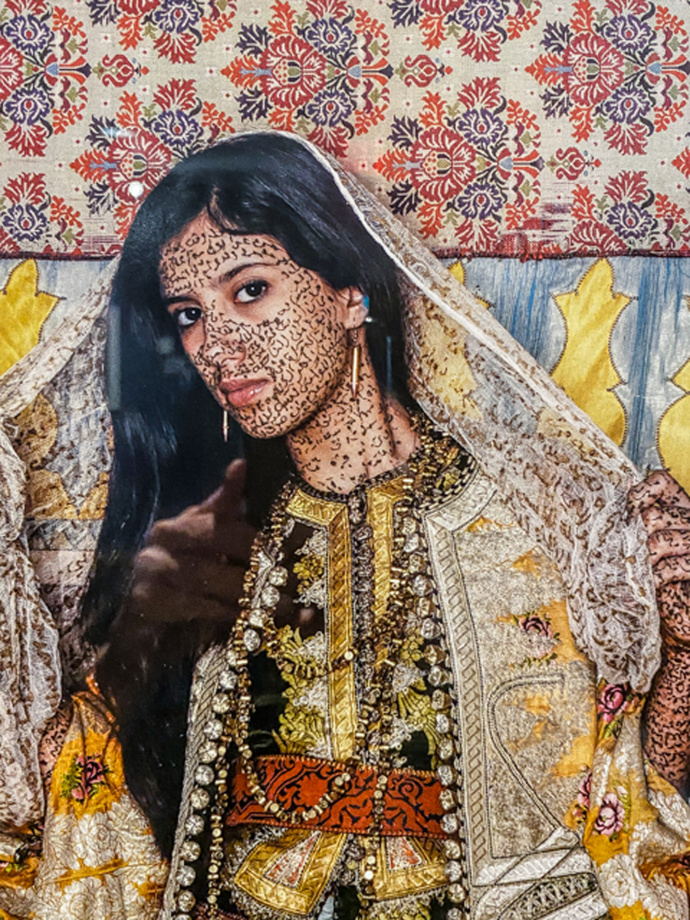 Lalla Essaydi (b. 1956) creates meticulously staged photographs that deconstruct and reimagine stereotypes of Arab women. Her subjects’ bodies display calligraphy, an Islamic art form reserved exclusively for men. Essaydi’s writings are partially obscured in her photographs. Taken from her journals, the texts ruminate on personal freedom and cultural and individual identities. Essaydi often references the film negative in her final prints, amplifying the idea that all photographic images build a subjective point of view.

Essaydi’s photographs pose questions about the Western perspective on the East, starting with 19th-century Orientalism, an approach that eroticized African and Middle Eastern women and young men. Many of these paintings were rooted in the imagination and fantasies of European male artists. Essaydi’s photographs talk back to these stereotypical narratives. The artist states, “Through these images I am able to suggest the complexity of Arab female identity— as I have known it—and the tension between hierarchy and fluidity at the heart of Arab culture.” 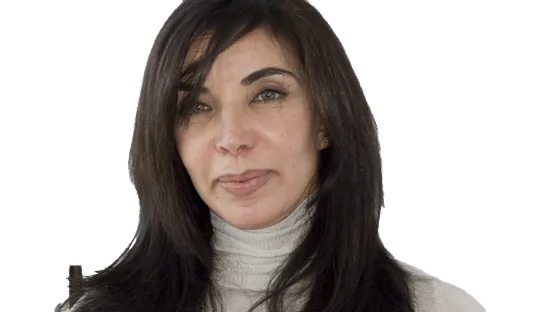 Lalla Essaydi grew up in Morocco and lived in Saudi Arabia for many years. Currently, she lives between Morocco and the United States.

This exhibition, comprised of photographs generously given to the museum, was organized by museum staff in consultation with Jessy Abouarab, Ph.D., Visiting Assistant Professor, Center for Women’s and Gender Studies, and FIU students enrolled in History of Women and Gender in the Middle East. The Frost is grateful to students at the Lebanese American University (a part of a FIU’s Collaborative Online International Learning), who served as advisors in conceptualizing this exhibition.