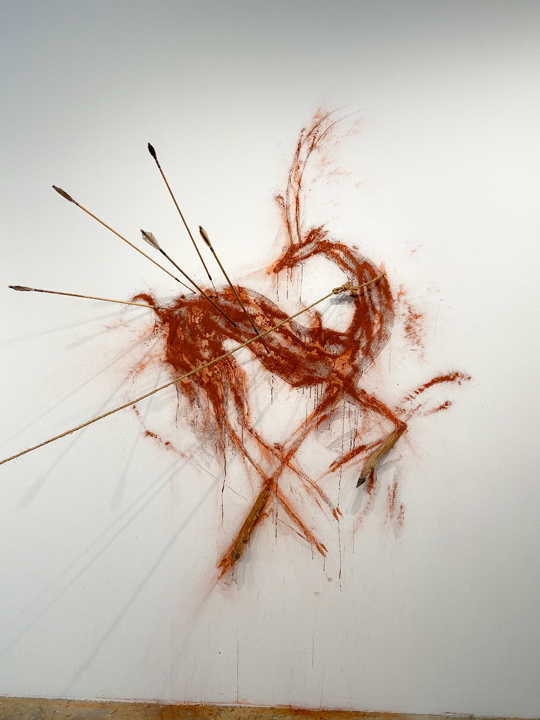 THE NEW AGE OF BRONZE, At FREDRIC SNITZER GALLERY

Fredric Snitzer Gallery is pleased to present, The New Age of Bronze, a group exhibition of sculpture by six artists’ exploring contemporary interpretations of the traditional technique and material, bronze. The title references the great civilizations of The Bronze Age which marked the time humans first began working with metals, a period that brought about other technological advances such as the first writing systems and the invention of the wheel.

The New Age of Bronze focuses on contemporary approaches and surveys various methodologies and perspectives specific to each of the featured artists: José Bedia, Tomás Esson, Yusimy Lara, Jon Pylypchuk, and Alan Sonfist.

Jose Bedia’s neo-primitivist style is a unique synthesis of the artistic traditions of tribal cultures in Africa and those crafts indigenous to the Americas. Known for his large-scale paintings, his works frequently depict mythical elements, altars, and other sacramental imagery. Nkuyu Wele Konda Nsese (Trickster Hunting an Antelope) is an installation that plays between the physical and non-physical. The trickster, an immaterial being in many cultures, is presented as a bronze sculpture “catching” an intangible painted antelope made of traditional tukula powder. In the painting are other physical elements that protrude such as arrows, real animal legs, and a rope, a metaphorical umbilical cord between the figure and his alter ego. Using Congo myth, Bedia transforms the metaphysical into solid and tangible while creating a seamless translation of the artist’s oeuvre into bronze.

For Tomás Esson the Talisman symbolizes not only the relationship with his father, who introduced him to the concept of a “resguardo” or personal protective amulet but also signifies many transformations in his life. It is a symbol modeled from paste and late baked to harden, something the artist traditionally always carries in his pockets. He often gives versions to his family members and to special people he meets, giving away hundreds of talisman sculptures. Esson’s Ode to Talisman is an enlarged bronze version of this “resguardo,” a marker to his artistic legacy.

Yusimy Lara is a Miami-based artist born in Havana, Cuba. Her artistic practices explore subjects related to natural phenomena, specifically its connection to humanity and all that is living. Using a combination of natural and manmade materials, Lara references synergistic interactions between living organisms and their environment. Often her sculptures reference environmental processes occurring over time, addressing erosion, decomposition, and sedimentation. Her amorphous constructions are commentaries on the way life has transformed our planet and how humanity has shaped the transfiguration of the natural world.

Jon Pylypchuk is a multidisciplinary artist who works in painting, sculpture, installation, and video. Working with simple materials (such as fake fur, wood, fabric, sheet metal, beer cans, electric light bulbs, polyurethane foam, etc.), Pylypchuk reinterprets the collage and bricolage practices derived from Art Brut. Often his ‘creatures’ explore the frailty of human existence and social relationships. Untitled (Tony sock surrogates) are a series of bronze cast ghosts made from socks that belonged to a dear friend of the artist who passed away last summer; a humorous memento bringing a little lightness in the darkness.

Alan Sonfist is known for his ecological artworks, featuring found organic or mineral materials and the natural landscape. He was part of a generation of artists whose works from the 1960s and 1970s incorporated natural elements or were sited in the landscape. Known as Earthworks, Land art, or Environmental art, these works intersected with a widespread public interest in ecology and environmental protection. Alan Sonfist’s Bronze Limb Rising Series from the ‘70s are castings of tree limbs translating fragile, natural materials into classical form. These works were conceived as monuments to the life and death of transient natural phenomena which need to be preserved or remembered