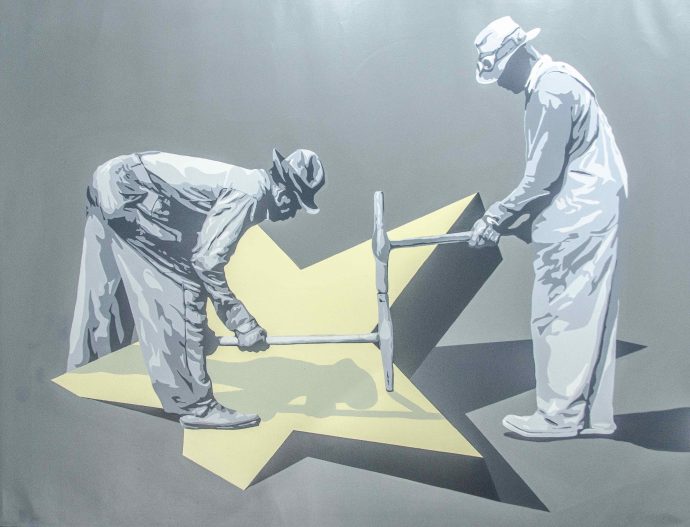 It is essentially the norm, that the brochure meant for the public, include a critical essay or an analysis of the exhibitions carried out simultaneously within the different spaces of the Kendall Art Center, transforming into something that is practically the same as what is posed later in the catalog text; well then, this time permit me to prioritize the individual aspects of a simple presentation of the project that I have to curate, in the company of Henry Ballate; curator and permanent designer of the Leonardo Rodríguez Collection and the KAC. Starting by reviewing that when it comes to three personal displays, of three artists in distinct rooms, the standard is for the trio to be united, more than anything, by two conditions: the first, being friends, which moreover involves a liking for the works of the others, and secondly, wanting to share—together albeit not disheveled—, the most recent of their productions. Subsequently, the figure of the curator—in this case myself, colleague and friend of theirs—, must act as an orchestra conductor who tries to avoid discord, trying to ensure an acceptable degree of harmony between the pieces of one another and in the general atmosphere.

The former is only achieved by finding a concurrent thread, which in this event, from my perspective, is design, all of the expressions are highly fashioned: those of Rubén Rodríguez (Santa Clara), pending on the rhythm, of almost choreographic movements of the human body, and at the other end Jorge Rodríguez Diez (R10), Havana), succeeding the design of posters, consumer advertising, their forms and written messages. While Ivonne Ferrer (Havana), redesigns environments and characters using a large bank of graphic images in order to build their allegories, their metaphors. The latter encourages me to recognize among them, another common factor, the handling of metonymy, the use of tropes, which always refer me to the essays of Ricardo Pau-Llosa about our current visual arts, plagued by this literary figure.

Another prevalent ingredient in the work of these artists is the sensuality present in addressing issues that refer to everyday realities, in relation to consumption, politics, money, sex, art etc. Sex is predominant in Rubén, art in Ivonne and consumption in R10, where eroticism is center, in his companions sensuality is a condiment that enters the scene in certain proportions. The meeting of individuals from three adjoining developments in a century-old movement is striking, trying to delve beyond the postmodern joker placed there as a provisional bridge: Rubén of the 80s, Ivonne of the 90s and then R10, is revealed at the start of the new century (XXI), when the aforementioned ones were already consolidated. Rubén, is part of the New Figuration, without undermining originality, the signature style, the finish and an elegant and fine ornamental sense. For Ivonne, it is about going beyond the Extensions of Pop and the brand-new Neo Pop wanting, more and more, to generate an indirect narrative from photography, manipulated and transformed into suggestive objects/subjects. While R10 remains identified with a proven conceptualist discourse that eludes personal style; which seems to propose us with Pop Art techniques in mimesis with propaganda, parodying commercial orientations and slogans of media machineries. Rubén is pictorial passion, masterful hand; Ivonne and R10 are open to mixing traditional resources with renewed means and emerging technologies. 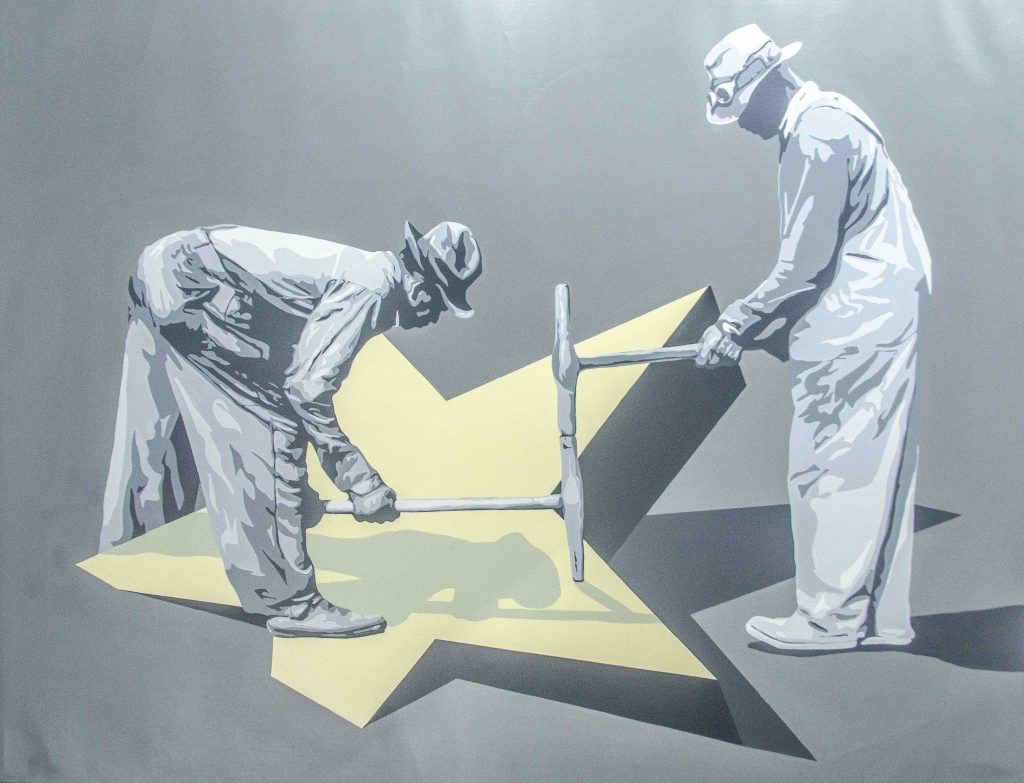 They are three well-conceived expressive methods, apart from some handiwork, of a texturality, that although alien to virtuosity, are pronounced with the wisdom and quality of good goldsmiths and better creators.