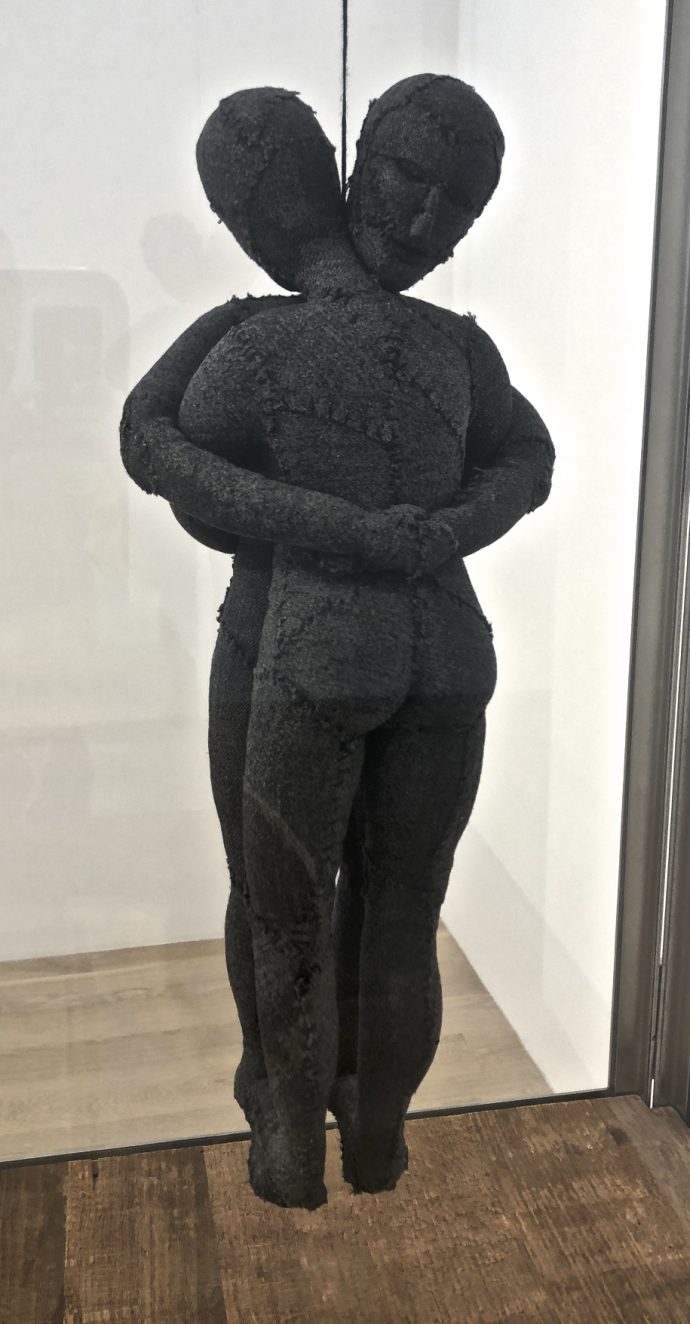 Taking its departure from a work by Louise Bourgeois in ICA Miami’s permanent collection–Untitled (2001)–this exhibition highlights a group of iconic sculptures made of clothing and fabric from the artist’s personal archive.

At the center of this presentation are four sculptures made from a pink fur coat that was given to Bourgeois in the late 1990s by her gallerist Robert Miller. The artist cut the material and sutured it into seven stuffed heads. Bourgeois considered the heads to be depictions of various emotional states, intensified through the sensual and referential qualities of the fabric.

One of the most important female artists of the twentieth century, Louise Bourgeois (b. 1911, Paris; d. 2010, New York) critically engaged with the topics of gender, sexuality, and domesticity across mediums and tirelessly challenged social power and hierarchies. Especially in the last two decades of her nearly seventy-year career, the artist created numerous emotionally charged fabric works that unravel personal references and memories. These works encompass large-scale installations, drawings, and collages, as well as a group of sculptures depicting human heads and torsos. Intimately scaled, these works poignantly make visual the psychologically charged themes that run through Bourgeois’s work. In 2008 Bourgeois wrote: “We must talk about the passivity and activity of the coming and going of clothes in one’s life. When I come upon a piece of clothing you wonder, who was I trying to seduce by wearing that? Or you open your closet and you are confronted with so many different roles, smells, social situations.”

This exhibition is organized by ICA Miami and curated by Stephanie Seidel, Associate Curator.

Good to see her artwork, hope you can see it.