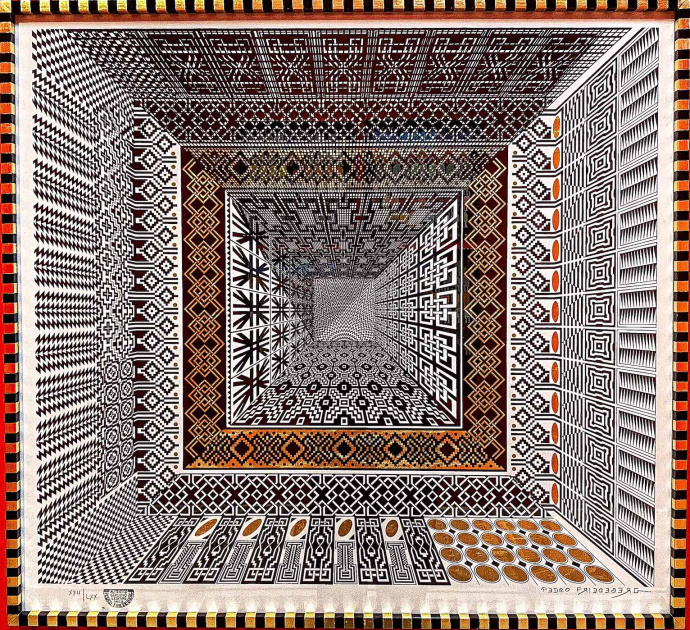 “AMAZE ME AND I AMAZE YOU ” PEDRO FIEDEBERG @Dot Fiftyone Gallery

Dot Fiftyone is proud to present the solo show of the celebrated Mexican artist Pedro Friedeberg. With a career spanning more than six decades, Friedeberg is considered an outstanding and emblematic cultural figure. Born in 1936, he was first recognized as a Surrealist artist alongside Leonora Carrington and Remedios Varo. He originally trained as an architect and rejected modernism, turning to art with his mentor and friend Mathias Goeritz. In the early 1960s he was part of the interdisciplinary group Los Hartos (The Fed-Ups), always opposing the canon as well as visual and conceptual trends. The irony and absurdity that has characterized his broader artistic practice is embodied in the Mano-Silla (Hand Chair), which has elevated him to the global sphere since 1962. He remains prolific and is significant for new generations.

This exhibition showcases recent paintings, drawings, sculptures, and serigraphs, many realized during the pandemic. Dot Fiftyone brings together for the first time both left- and right-hand Mano-Sillas from 2020, renewing our perspective on the complexity of his continuing piece. Originally titled Mano de Akhenatón (Akhenaten’s Hand), the hand chair originated as a game with Goeritz, and the following year, in 1963, André Breton referred to it as a Surrealist object.

Friedeberg employs a combination of levity and expansive iconography in his oeuvre, subverting notions of fine and popular art and navigating between fantasy and symmetry. His work includes references from different religions and esoteric beliefs, animals, architectural elements, extremities of the body, the idea of time, as well as Mexican pre-Columbian imagery. The hypnotic gold and bright colors he uses convey his jovial spirit while the breadth of symbols and figures used impart his erudition and architectonic perspective.

Friedeberg’s career reflects his infinite curiosity and encyclopedic knowledge of symbols and history, which relates to references such as the writer Jorge Luis Borges and the artist Xul Solar. His baroque sensibility unites the ornamental with symbols, as well as with an abundance of repetition, accumulation, and horror vacui. Through an immersive installation of Friedeberg’s art, the gallery mirrors his unique artistic vision. The exhibition’s title, Amaze me and I amaze you (Asómbrame y te asombro), refers to the painting that opens the exhibition, inviting the viewer into an encounter with Friedeberg’s breadth of work, to be amazed and surprised.