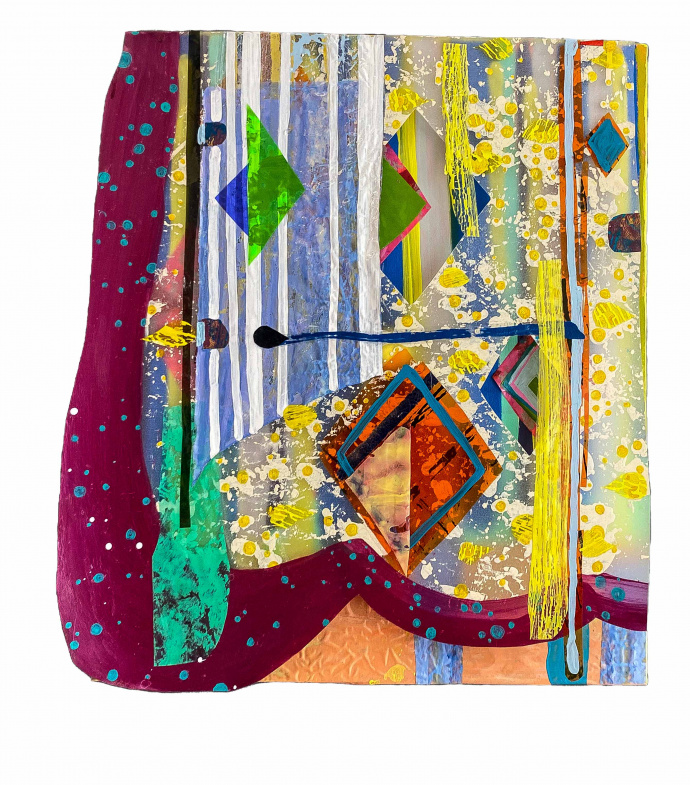 I use painting as a point of departure to construct pieces that deal with the idea of simultaneity and contradiction. The manner in which objects, images, and materials are articulated questions the hierarchies of what is most present. The work consists of structures made from diverse elements partially covered by a veil of acetate or plastic. This wall/screen is attractive and protective at the same time. It also works as a connector that stops or ejects the viewer by making impossible frontal access to what is behind. The blurring of the outside panel unifies the singulars into a whole element. We can still view the inside where the elements are shown as irreducible and coexistent. Perception is relative and dependent upon the position from which it is viewed. The spectator must negotiate a series of points of view. The images are constantly shifting between integration and disintegration. They refer to the body/mind decision-making process of finding a method to make something present. My interest is in structures that are parallel which exists in other configurations such as language. This act of synchronizing is finally a metaphor for the elusiveness of the balance of factors that determine the production of meaning.