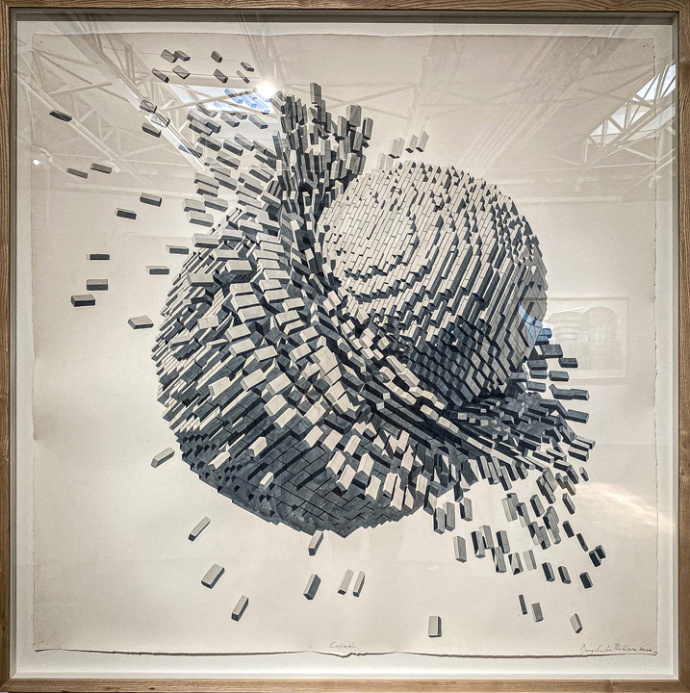 Artist Dagoberto Rodríguez unveils an immersive installation alongside video and watercolor works as a represented artist at Piero Atchugarry Gallery.

The Piero Atchugarry Gallery presents Planeta de Cristal ( Crystal Planet ), a futurist solo exhibition of video work, watercolor work, and an immersive installation by one of the most influential Cuban artists of the turn of the century, Dagobert Rodríguez. Conceived almost entirely during the outbreak of the pandemic, Crystal Planet seeks to imagine a future That endures beyond the unfulfilled promises of modernism, and the fragile state of the earth’s present social, political, and environmental circumstances. Curated by AlunaCuratorial Collective (Adriana Herrera & Willy Castellanos), Crystal Planetis also the inaugural show of Rodríguez’s representation in Miami. Dagoberto Rodríguez Sánchez was born 1969 in Caibarién, Las Villas and graduated from Instituto Superior de Arte (ISA), La Habana, Cuba in 1994. Upon finishing his Arts degree in 1994, he spent another three months of compulsory military service. In 1992 he co-founded the historic-artistic collective Los Carpintero (1992-2018). Currently working between Madrid and Havana, Rodríguez combines architecture, design, and sculpture, using humor and irony to express himself on core themes in art, politics, and society. His work is in permanent collections of major institutions such as MOMA, Whitney Museum of American Art, Guggenheim in New York, Center Georges Pompidou in Paris, Tate Modern in London, and Museo Centro de Arte Reina Sofia in Madrid among others.

The title and the works exhibited in Crystal​ Planet ​alert us to the earth’s vulnerabilities. The exhibition is, as Aluna Curatorial Collective states, “a space to face the winds of political anomie and ecological destruction. The title and the works exhibited in Crystal​ Planet are a measurement of our vulnerability and activate various warning signs that in some way interrupt the vertiginous nature of a critical time.” Watercolor landscapes of sinking remind us that we inhabit this Crystal Planet and that it is increasingly urgent to find ways of living together that not only protect our species but also prevent the extinction of other kingdoms. In other watercolors, as the curators explain, Rodríguez takes up the monumental design of complex architectures particularly inspired by fascist dreams of dominance and surveillance and transmutes them into spaces of “paideia”— fictional places for shared learning, and/or communal ways of living out of the shadows. In recent years Rodríguez has drawn labyrinthine tunnels which, behind their beauty, harbor the terrible possibility of trapping you within them. Now, Rodríguez invites us to enter his Túnel​ ​, a large interactive tunnel that he designed throughout 2020. This time, there is an exit, not only within the exhibition space but within the passage of the present that we fulfill by daring to imagine: “Think for example—he says—of a world in which it would be possible to be happy where you are born.” To the curators’ point, “Rodríguez uses, but simultaneously transcends, the deconstructive strategies of parody and play, of humor and political irony, and ends up building a scenario that proposes an immersion in the possibility of imagining alternate futures.”