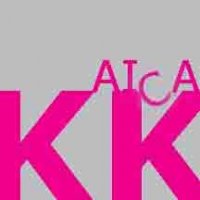 The Event: “As far as anyone knows, none of the members of the Puerto Rico chapter of AICA writes art criticism on a regular basis. Few if any of them are known to attend gallery or museum openings or have the least idea of what’s been happening on the contemporary art scene for the last ten years. Judging by the recent AICA “awards” ceremony, the organization has no idea that an entire body of locally-produced art criticism has sprung up on the internet over the last two years in response to the complete void of such criticism in the conventional press. In fact, not a single award went to writing of any kind.