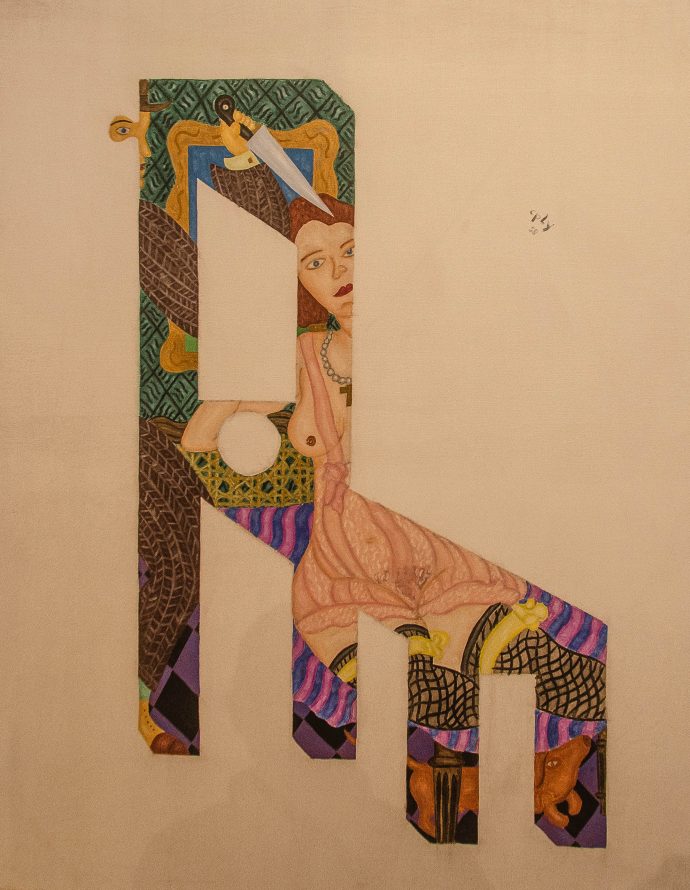 William N. Copley:
The Coffin They Carry You Off In

“William N. Copley: The Coffin They Carry You Off In” presents a group of paintings from 1956 to 1958 highlighting the artist’s critical yet humorous perspective on both European and American culture.

An autodidact, William N. Copley (b. 1919, New York; d. 1996 Key West, Florida) came to painting following and alongside his famed work as a gallerist and collector of Surrealist works. A crucial connecting figure between Surrealism and Pop art, Copley developed a unique style and iconography that made use of cartoonlike motifs—reduced, simple figures depicted with thick black brushstrokes and flat coloring, most often men in bowler hats and female nudes—to critically and humorously explore topics including nationalism, eroticism, and art history.

From 1951 to 1962 Copley lived in a house in Longpont-sur-Orge near Paris. By this time, Copley Galleries, which he directed in Los Angeles, had met an economically disastrous end, but had nonetheless premiered Surrealism in the city and connected Copley to many artists, including Marcel Duchamp, Max Ernst, René Magritte, and Man Ray. The experience ultimately inspired Copley to become an artist himself; he recalled receiving this spare encouragement from Duchamp: “You should continue painting.”

“William N. Copley: The Coffin They Carry You Off In” gathers works from the artist’s first exhibition in New York, “Paintings by William Copley” (Alexander Iolas Gallery, 1958), as well as examples of his earliest work. Revelatory paintings such as Birdshot (1958) from ICA Miami’s permanent collection and the eponymous The Coffin They Carry You Off In (1957) introduce Copley’s distinct style: cutout and silhouetted paintings in bold colors that demonstrate his interests in history, art history, and the expatriate experience of France. Motifs include the guillotine, Édouard Manet’s 1863 painting Le Déjeuner sur l’herbe (The Luncheon on the Grass), and the Dachshund, in styles that meld French Surrealism and American Pop art.

This exhibition is organized by ICA Miami and curated by Stephanie Seidel, Associate Curator.