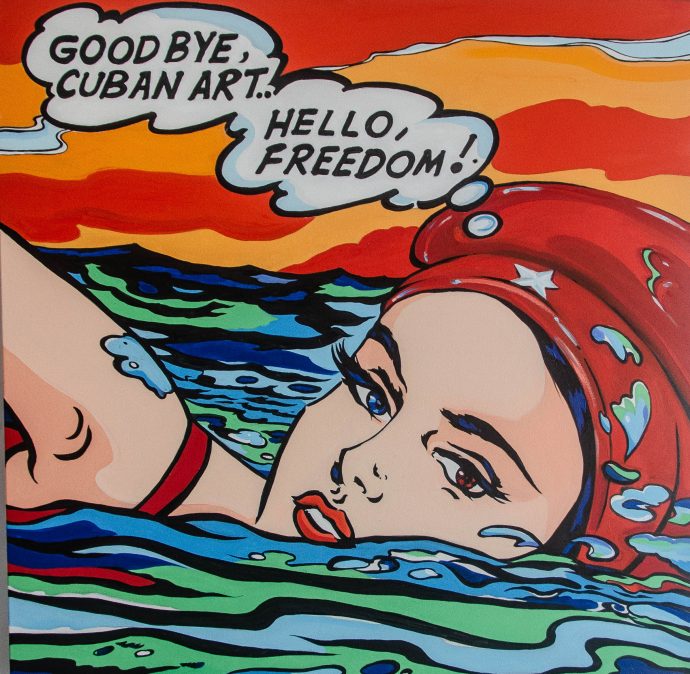 D FINE Artists and Exhibitions in the Rodríguez Collection

An all-inclusive book on the works, artists and exhibitions of The Rodríguez Collection, with more than 50 superbly reproduced artworks from one of Miami’s foremost collectors of Cuban contemporary art. This title is dedicated to showcasing the unique visual traditions of the island, spanning decades of styles and subjects, culminating in a volume sure to be an indispensible addition or introduction for any art enthusiast. With more than 20 of Cuba’s internationally recognized modern artists illuminated through an important compilation of critical essays by prominent art critics, including: José Ramón Alonso, Gary Anuez, Gabriela G. Azcuy, Janet Batet, Samuel Beck, Roxana M. Bermejo, Willy Castellanos, Elvia Rosa Castro, Raisa Clavijo, Carol Damian, Orlando Hernandez, Dennys Matos, Aldo Menéndez, Hortensia Montero, Gerardo Mosquera, Píter Ortega, Ricardo Pau-Llosa, Jesús Rosado, Andrés Isaac Santana and José Veigas, this title presents an ideal tour and scholarship on some of the best this comprehensive collection and Miami, has to offer.

In May of 2016, Leonardo Rodríguez raised the idea of opening his collection to the public. The project seemed simple: Leo had an admirable collection of Cuban art, which he has treasured for more than twenty years; he had the location and the experience necessary in order to turn it into an exhibition hall. For my part, I provided the experience of having created and managed several galleries and collections; in addition to a background in advertising and art education at the academic level.

We commenced by crafting a name and identity for the Center and the collection, as well documenting, cataloging and defining strategies. The Center would be an exhibition space, but not a gallery, rather the depository house of the collection that by exhibiting the work of its established, international, emerging and local artists would stimulate critical thinking, art appreciation and awareness in the visual arts.

The art in Miami was exhibited, customarily, in Wynwood, Downtown, Little Havana and Coral Gables. Kendall was not an area commonly associated with the artistic flux and that was, precisely, Leo’s reasoning for opening his collection in this area of the city: there was a need that we wanted to meet. Curating the collection and mounting them on the walls, as something static and inert was not enough for Leo: he wanted a lively space. Two months later, the already baptized Kendall Art Center opens its doors presenting “The Rodríguez Collection.” This inaugural event saw more than 200 people in attendance and more than a 1000 visited the space during the exhibition. The beauty of the space, the quality of the works and the artists, combined with the warmth of its hosts were details that caused an immediate, strong impact on the public and even more on the artists, who recognized and validated the center as a serious and valuable institution, with which they were willing to collaborate.

In the first two years, thanks to an extensive program of successfully executed exhibitions, the name of  Leonardo Rodríguez as a collector and the Kendall Art Center have managed to establish themselves, not just locally, but beyond Florida, knocking on the doors of permanent collections of great renown, such as the Smithsonian Institution. Said feedback between thesauri was part of the second stage of KAC’s strategy, where the center and the collection intends to present exhibitions in different museums and academic institutions with the aim of promoting and saving the Cuban contribution (the center of interest of the Leonardo Rodríguez Collection) to the nation that welcomes us.

Each exhibition has had, since the beginning, curators and specialized critics working hand in hand with the artists. Names known both locally and internationally have been added to our initial intent with the objective of leaving a mark on the Cuban-American artistic production. Thanks to these collaborations, we now have an important showcase of critical texts, which include: José Ramón Alonso, Gary Anuez, Gabriela G. Azcuy, Janet Batet, Samuel Beck, Roxana M. Bermejo, Willy Castellanos, Elvia Rosa Castro, Raisa Clavijo, Carol Damian, Orlando Hernandez, Dennys Matos, Aldo Menéndez, Hortensia Montero, Gerardo Mosquera, Píter Ortega, Ricardo Pau-Llosa, Jesús Rosado, Andrés Isaac Santana and José Veigas, all of them cited in the present compilation entitled, “D Fine.”

It is precisely at the occasion of said exchange between professionals, that today we are able to present a product that, although unfinished for the reason that it is an eternal work in progress, can give us an idea of what the road traveled has been. The purpose of this book is then, to make accessible a set of written texts about The Rodríguez Collection, The Kendall Art Center, its exhibitions and artists for a holistic understanding of the collection and its development. Under this light, “D Fine” directly reflects the meritorious work of Leonardo Rodríguez as a collector and The Kendall Art Center as an institution dedicated to promoting and safeguarding Cuban art wherever it may be.