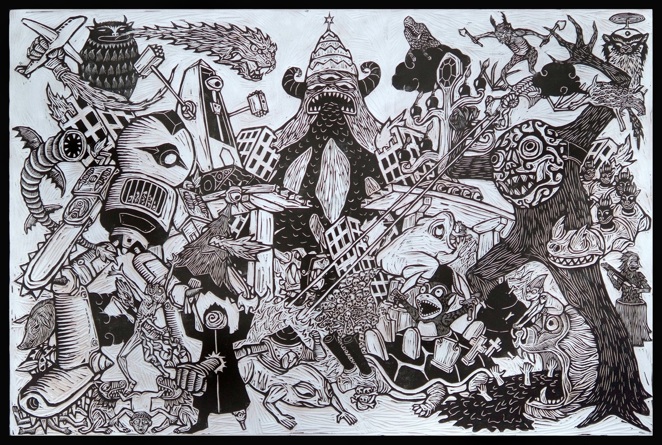 Brian Reedy was born in 1971 in Alton, Illinois. After receiving his Bachelor of Fine Arts from Southern Illinois University in 1993, he moved to Florida one year later to earn his Masters at the University of Miami. Reedy was bestowed the Award for Outstanding Teaching at University of Miami, where he served as an adjunct professor until 2001. Since then, Reedy has been teaching art at R.R. Moton Elementary, a magnet school for the arts that awarded him Teacher of the Year in 2007-2008.

Sara Stites, originally from New York, has lived in south Florida for the last 15 years: first in the Florida Keys and, most recently, in Miami.  She has a BFA from Syracuse University and an MFA from Pratt Institute.  Her drawings and sculpture reflect an interest in combining species. A fascination with human and animal form is derived from observation using photos, sketches, andd media clippings.   These  works speak to nature’s endless capacity for growth and recursion and recently, extends to the inanimate.

Great shows at Edge Zone Reedy present work or plates they look like wood engraving he showed the engraving which where painted, and small drawing work was dynamic in a lowbrow still .

Stites work, large format in a graffiti feel the image change when seen at the show they where simpler while on print they seem more complicated. The show are a must see, thanx to the artist and edge-zone.